A vote among South Hams District Councillors in November 2017 led to 10 families in social housing – leased to South Devon Rural Housing Association – being given notice to quit their properties by the first week of November 2018, in order to make the properties available for emergency homeless. The reasoning by the council is that existing accommodation and use of B&Bs for emergency homeless have hitherto been “harmful to those accessing the accommodation, due to its location and lack of facilities, … also very expensive for the local authority”. Cllr H Bastone, press release and quoted in Totnes Times.

In short, it sounds like a possibly logical and fair plan on the surface, IF some essential questions are properly answered and explained in full, and duty of care to tenants properly taken; IF NOT then it should surely be looked at again.

1) Why wouldn’t it be better to allow established long-term tenant families to stay where they are, and use whichever vacant properties they would be moved on to as the sought after emergency accommodation, instead of forcefully uprooting happily settled families?

2)If there really was an overriding valid reason (as yet unannounced and unexplained) to force families out of well established homes into emergency accommodation, rather than use the vacant properties they would be moving to, surely honesty, sensitivity and regular communication would be used in abundance to minimise anxiety about the many uncertainties they have? According to the tenants we’ve spoken to, sadly not. We have been told of tenants being being treated with disdain, a failure to respond to emails and even one saying they were openly laughed at: ““x* laughed in my face when I said that my solicitor advised me not to signed anything until he checked it. After laughing s/he said “sorry I shouldn’t laugh really “ I was absolutely fuming at the way s/he spoke down to me.” *(redacted by Totnes Pulse)

For example, two sisters in Totnes, both in wheelchairs, have lived in a bungalow for 7 years, on which the council spent around £8,000 of tax-payers money to adapt it to their specific needs – including access ramps, widened doors and a wet-room. Their parents also spent another several thousand pounds to upgrade the windows to double-glazing to stop the cold blowing through. 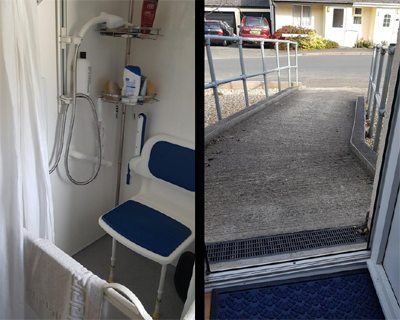 Example of adaptations made to a tenant house

So where’s the even purely financial logic in moving them on? Unless the property is earmarked for being sold off in the national climate of government underfunding and with councils being forced to sell off assets? Are there really pairs of disabled homeless regularly needing accommodation in Totnes who have priority over these long-term tenants? Is there any evidence for that?

South Hams communications officer Lesley Crocker assured me on the phone that if / when the tenants move out, the house would not be sold off, and also that more public money would not be spent on re-adapting the adaptations that public money paid for on the house, to go backwards and make it suitable for non-disabled usage. These were phone comments which were not included in her emailed written statement, incidentally.

Another Totnes social housing tenant in the group facing the same notice to quit by early November, described the “cruel insanity” of her family being forced out of their home of the last 7 years. They are being moved to an as-yet unknown vacant property, so that in theory, other homeless people could have her family home: “Why are the emergency homeless who the council is so concerned about not offered the vacant property they want us to move into?”. She asks. Why indeed?

Totnes Pulse was further contacted by an affected tenant, heartbroken for her family to be under threat of being moved on from their 7-year home. She expressed that she needs to be in Totnes for her job, her child’s school and her support network; yet she was told by a South Devon Rural Housing officer ‘explaining her lack of need‘ to her that “some people need to be In Totnes for their jobs, schools and support network”!  She was understandably left fuming after being spoken to in that demeaning way.

There are also accusations – repeated among the affected tenants – of changes to the dates to quit that were given out in July 2018: from “April 2019” when first shockingly announced over the phone, to “November 2018” when discussed in subsequent face to face meetings with SDRH and SHDC representatives. 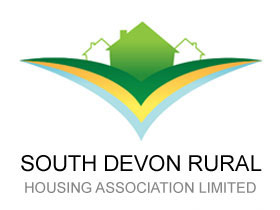 On the positive side, relatively at least, South Hams communications officer Lesley Crocker has passed on in response to our questions – by both phone and email – that no one will be forced out until another suitable property is found for them: “if necessary we can extend the notice period to enable the housing officers to continue to support them to find accommodation, to avoid any of them becoming homeless”. Similarly John Birch, Lib Dem S Hams Councillor who says he misunderstood the negative consequences for tenants in voting for this policy in November 2017, has said too that he can reassure frightened tenants that there will be no forced evictions by bailiffs or court costs.

These are assurances that South Hams District Council and South Devon Rural Housing have not shared with tenants up to now – based on the information and anxiety we’ve encountered – and we’re glad to have helped to bring them out to hopefully allay at least some of the extreme fears we’ve heard expressed.

As observers and citizen journalists, we pick up a strong sense – in conversations and social media – that along with the remaining tenants themselves, most people would strongly like to see South Hams District Council look again at both the strategy being followed and the specifics of each case with fresh eyes, and offer those tenants who want to stay in their homes a fair and respectful appraisal.

Responses and comments are welcome below.

6 comments for “Does Social Housing Policy at SHDC have a reverse gear?”