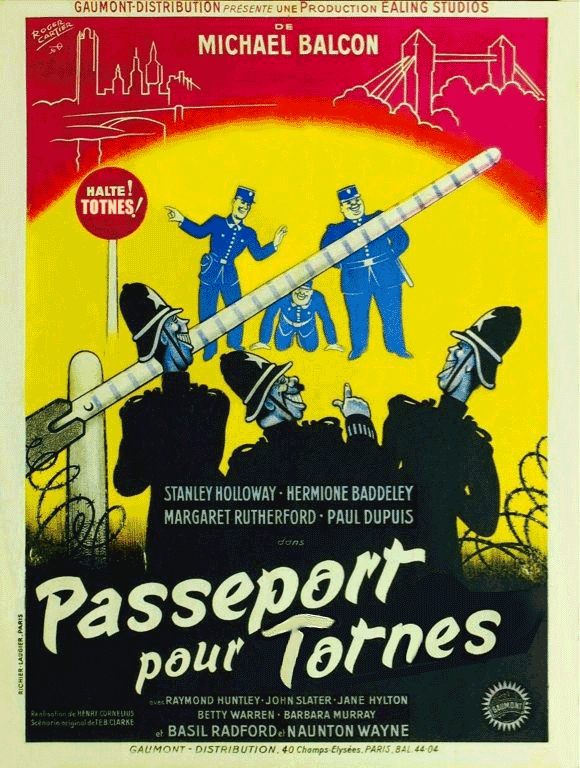 for both himself and Totnes in just a few days. And Totnes Pulse can never let an opportunity to stand in the reflected light of glory pass, so we just had to meet up with him, Molly the dog and Kevin Childs.

Before we knew it we were pledging an allegiance written on the back of the new Totnes Passport prior to being issued with ours. The passport includes images of a carrot (organic), fish and Babbage’s difference engine. It’s actually a folded card to be honest and the whole project is conceived and financed by Jonathan and Kevin. Jonathan has become the spokesperson purely because he was there when the BBC and the Independent turned up.

The concept has been shamelessly stolen from the Ealing comedy film, Passport to Pimlico, which was shown at the Totnes Cinema at an opening event which Jonathan was unable to attend due to sudden illness. The premise of the film is that Pimlico was gifted to the Duke of Burgundy, making residents Burgundians as opposed to British – it so follows that, because Totnes was discovered and founded by Brutus of Troy, residents of Totnes are, in fact, residents of Troy and can therefore break away from the United Kingdom and remain in the European Union. Jonathan is quite affronted at any suggestion of doubt regarding the connections with Troy, gesturing at the Brutus Stone with considerable emphasis, explaining that it’s a cold, hard fact and there’s even a sign above saying that it is. “What further proof do you need?” He demands angrily. 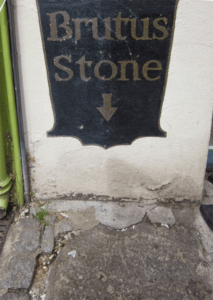 Jonathan seems to be less sure of the negotiating process and unwittingly mirrors our own government when discussing details such as whether there should be a hard border with Newton Abbott and if there will be freedom of movement for people from Tigley and Harbertonford for example. However he does focus on the positives. “Once Brexit happens, with Totnes remaining uniquely in the EU, banking institutions will set up their UK head offices here, in order to access the UK markets and the importing opportunities speak for themselves.” He waves in the general direction of the River Dart explaining that Steamer Quay might need extending in order to handle the inevitable arrival of the container ships.

Jonathan appears to be slightly taken aback at the media attention which has prompted TV and media locally, nationally as well as from France, Germany, Italy and elsewhere. He appears to be genuinely pleased that it has pushed the town sharply into focus once again and generates more publicity for Totnes as a honey-pot for tourism.

But he is also pleased that his comedic message carries with it the potentially life-changing and serious implications involved with breaking from the EU. To be fair, Jonathan Cooper (very quiet about the OBE he was awarded) has particular expertise in the EU Charter of Fundamental Rights, human rights and equality rights in the EU because he is, in fact, a human rights specialist with Doughty Street Chambers in London. He has very serious concerns about the future for the UK after Brexit: putting aside the terms of trade, he points out that in terms of UK law, the EU pushed our parliament to pass more inclusive and fairer rules which could not have happened otherwise. “It has been brilliant on social justice. Women’s equality laws came from the European Union, LGBT rights came from the EU too. The best example is the protection of pregnant women.

The UK refused to treat pregnant women any differently from other workers and the EU forced us to change womens’ rights by declaring that not treating pregnant women appropriately is a case of sex discrimination. That wouldn’t have happened without the European project”

Jonathan cites several specifics involving British businesses benefiting from close ties with Europe but is especially fired up about the advantages from freedom of movement. Kevin joins in at this point: “My rights for movement that I’ve known all my life are being taken away and I’m not even being told what it will be replaced with. I work a lot in Europe, so what does this mean for me next year? Will I have to apply for a work permit? Health insurance – What happens there?” Jonathan points out that without the E111 Health Insurance card, costs of overseas insurance will significantly increase and people with a pre-existing condition may not be able to insure themselves at all. 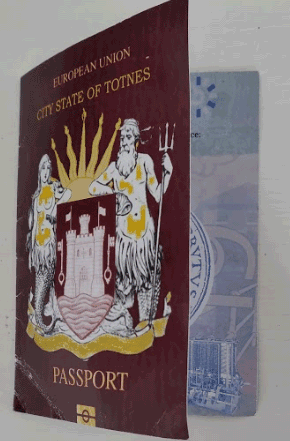 Our rights are threatened?

All EU law has been transferred now as UK law except for the fundamental Charter of Human Rights. “This government are taking away the most progressive human rights treaty ever signed up to. The right to human dignity, protection from discrimination on the grounds of sexual orientation, academic freedom. All of that will no longer be part of UK law post-Brexit.”

He is also concerned about laws for UK businesses. “It might sound odd, but businesses love regulation. They know where they are and can act accordingly.” He suggests that without regulation, standards become fluid and more complicated. “Businesses lose the one thing they want, which is certainty.”

“I’m old enough to remember what it was like in the 1970’s and it’s important to point out that nothing has happened to British institutions as a result of membership of the EU. This impression that ‘Britishness’ has somehow been affected is a nonsense, everything is exactly the same as before – we still have our parliament, our court systems, our laws, our monarchy is still the same as it was. This talk of ‘independence’ actually offends me because of this idea of self determination, being in or out of the EU doesn’t change any of that at all.”

What happens next for this campaign?

Whilst his campaign is based on a satirical, lighthearted joke, Jonathan is delighted to see the implications being taken so seriously by many places outside of Totnes. “I would like to see this campaign taken up by Exeter, Plymouth and further afield, people in Brighton have suggested they would like to do it. It’s about allowing people to stand up and say ‘Do you know, we don’t want this’. Look at the actual referendum. 37% voted to leave The remaining 63% either voted remain or didn’t vote at all. That is not a majority.”

Jonathan has yet to been turned down by anyone he’s offered a passport to. So we challenge him, trekking up and down the high street in search of citizens where we hand over a passport to anyone prepared to swear allegiance to the cause. To Jonathans’ dismay he is very politely turned down by one tourist couple: “We’re Brexiteers!” (who also refused to appear on camera), however the other 12 people we approach are clearly delighted to receive theirs.

6 comments for “Passport to Totnes”