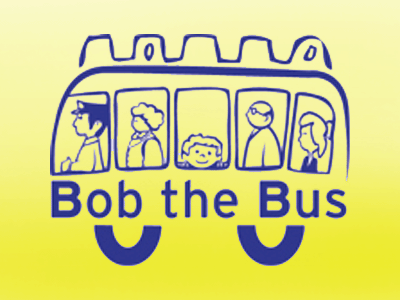 As you would expect in a land of crystals, generic healing and wooden mushrooms, Totnes’ very own Bob the Bus is considerably more than two yellow mini buses chuntering around town.

Totnes Pulse decided to find out more and during October, we will be highlighting this truly innovative service. We sought out the coordinator, Lyn Price and the chairman, Simon Harrington to tell us more…

Simon Harrington explains the philosophy behind the registered charity. “The service started out as a simple process of transporting people from A to B but we’re much more than that. We are looking at the whole picture around transport in general for example, car ownership, congestion and air quality.” Totnes has the worst record of pollution in the South Hams and Simon believes Bob The Bus must be part of the solution. “If we can put a service together that enables people to leave their car behind with confidence, we reduce congestion, pollution and free up car parking spaces.” He’s under no illusions that this requires work, but Bob the Bus has a few ideas in the works that may help bring this prospect further.

The aim of the organisation is not about profit, it’s about accessibility of transport

Lyn Price is the heroic co-ordinator and has been part of the charity since 2011 and manages timetables, organises drivers, works with Simon on excursions, drives the bus and even cleans them on her own drive at the weekends. In other words Lyn IS Bob the Bus! “I love what it is, I love what it stands for, it’s my passion”. Bob has more than 50 volunteer drivers who take on varying levels of commitment to working on the buses.

“The special thing for me about the service is the social aspect. People can get out of their homes and get to the shops but also helps them engage with the community as a whole. For some people, Bob the bus is absolutely essential.”

Lyn is very keen to make it clear that the service is not just for the elderly and disabled but a community resource for everyone to use. Due to the financial constraints of running the buses, the tiny charge of the 50p/70p it costs for a ticket, benefits the charity a good deal. She also wants to make it clear that you don’t need to be at a ‘stop’. Anyone can wave down the bus on a ‘hail and ride’ basis. The same applies for getting off. So if you see Bob down at the 7 Stars, and want to go to the narrows for example – wave the bus down and climb aboard!

I also spoke with John a driver who has worked on the bus for 17 years! Originally he joined after moving here and not initially finding a job. He explains in his strong Yorkshire accent; “I felt a bit useless sitting around the house so joining Bob gave me a purpose at the time. Now I’m retired, half a day doing this is quite rewarding. You feel like your contributing something.”

Socially, the charity organises a ‘Travel Club’ and for a small joining fee of just £5.00 per year, you can pay to join organised excursions. Recent trips have included RHS Rosemoor in North Devon, The Eden Project, Riverford Field Kitchen (including lunch) and Padstowe. The next trips are The Goosey Fair in Tavistock (10th October £12.00) and Otter Nurserys in Ottery St Mary (November 23rd £18.00)

Fundraising has, and will always be, an issue for the service so events are held, donation boxes are carried on board for taking home, passenger often very generously overpay the fare and there now a local lottery with payouts of up to £25,000. The SeaMoor Lottery fund donate half the value of Bob The Bus sales direct to the charity. There is also a fundraising page on thier own website.

Over October the Pulse will re-visit Bob to look at the issues they face, have a chat wih some passengers and look at the future for Bob!

Thanks for highlighting the importance of Bob. Hopefully we can allocate some of the S106 monies from the Baltic Wharf project to expand the services especially to and from Bridgetown. I am pushing hard for this and I am supported by Bridgetown Alive community group.

Thanks for your support John. I have wondered what happened to the 200k which was allocated for transport from the Baltic warf development(Bloor homes), perhaps you could find out. It’s worth mentioning that Bob the Bus does NOT recieve any subsidies from the local authority. The service runs purely on fares, donations, fundraising, bus pass rebate (50% of the average fare) and income from hiring out the back up buses to the community. We have been lucky enough to receive government capital grants for 2 new buses in the last 2 years. We are far from financially sustainable so any help from local funding will support the service to continue.

A great piece. We should be grateful for all who make the service work. Well done. 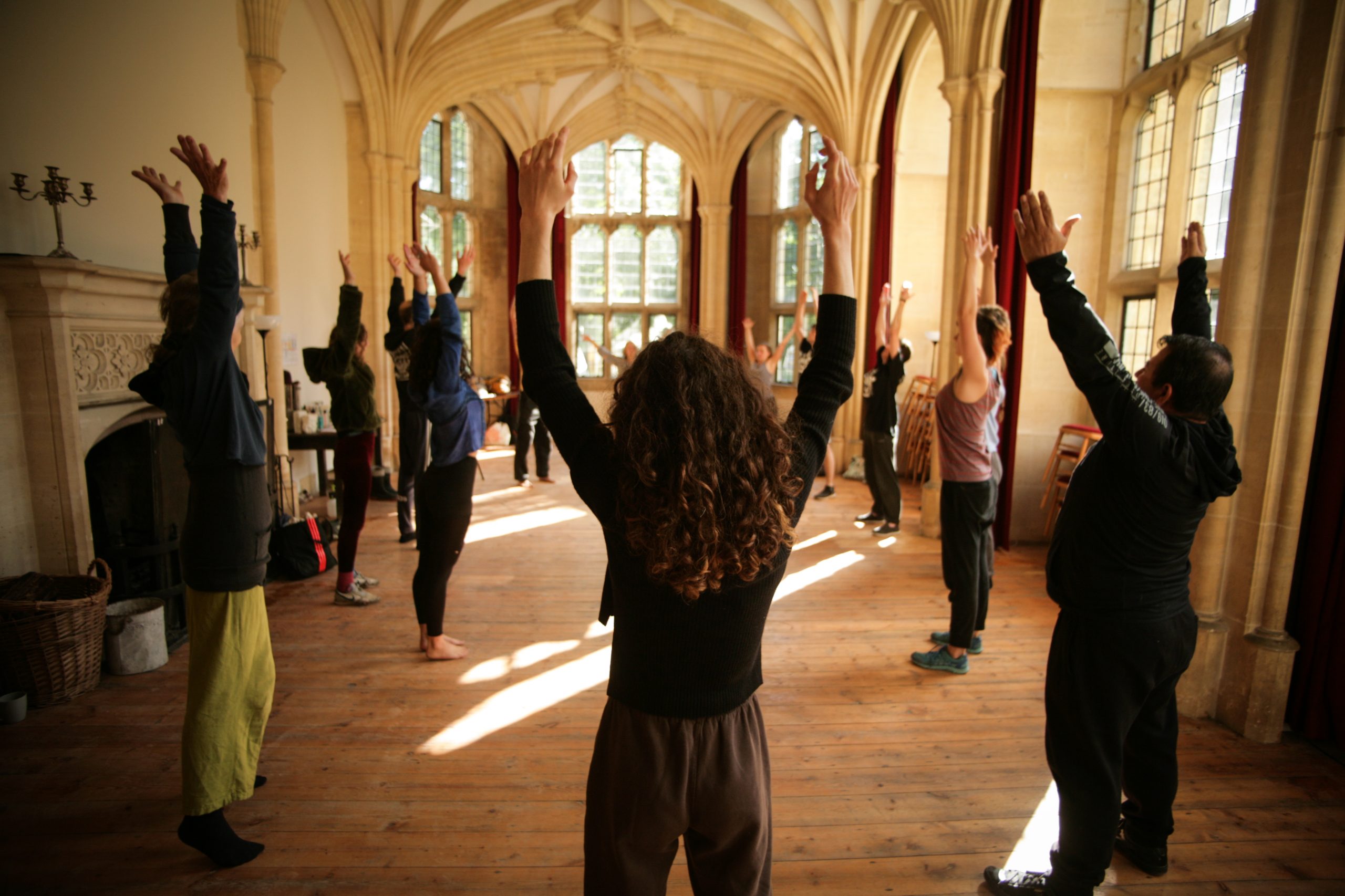 A unique opportunity to participate in an intensive training and performance experience! Take part in a combination of physical theatre, circus, and movement workshops leading to a role in the NDP Circus public performance of Finding Your Inner Gargoyle at the 2022 Totnes festival!

This is a chance for individuals wishing to engage with the arts and artists wishing to further their practice to take advantage of an opportunity to explore what it means to be a Gargoyle!

Finding Your Inner Gargoyle is comprised of x6 days of training, rehearsals and performance taking place both indoors and outdoors in the weeks leading up to the Totnes Festival. Working with a mixture of theatre, circus and dance you will immerse yourself in character development, theatrical techniques, and exploratory movement. The course will enable you to delve deep and find your inner gargoyle, but also to give you the opportunity to participate in a live show working alongside professionals from the worlds of theatre, circus, and dance.

Price: £250 for the full course. You must be available for all course, show and rehearsal dates, it is not possible to pay for part of the course. Concessions are available for people on low income or universal credit, please contact us for details.

As spaces on the course are limited, we ask that you fill out an application form telling us a little bit about yourself and why you want to take part. You can download the application form here and via the link above.

Please complete this application form and return to info@ndpcircus.com

After you have sent your application form, we will provide a link for payment. Once payment has been processed you will receive more information on the format of the workshop and materials for reference and prep.

A fun night of poetry hosted by Julie Mullen. Sign up

A fun night of poetry hosted by Julie Mullen. Sign up by emailing me @ poetsandpints@yahoo.com. Or simply turn up on the night. Bring a selection of poems with you, your laughing tackle and some heart. OPEN MIC. FREE ENTRY. sing in the summer Ever wan

sing in the summer

Ever wanted to sing? Everyone can do it!Do you enjoy contemporary, pop, folk, inspirational, show tunes, gospel and much more?

There’s a new singing group for Totnes, Bridgetown and beyond. No auditions, no need to have ever sung in a group before, just come and enjoy singing together.

The first try–out sessions over the summer are free!

Please join us in a last push to save this green space.
Come along and enjoy the freedom we currently have to use this space. It may be your last chance.
We are planning lots of activities throughout the afternoon.