The following is a statement from Totnes and South Devon Labour Party responding to Dr S Wollaston’s recent action and commentary (emphasis added by Totnes Pulse).

We agree with Sarah Wollaston that the Conservatives and their policies have been disastrous for her constituents. After ten years of cuts, we have lost hospitals, school services, and Childrens Centres. Conservative economic policies have made London and the financial sector richer, while people who work in healthcare, education, farming and manufacturing have lost out. Her government has completely failed to address the great inequalities of our society, and the introduction of Universal Credit has pushed many people in our communities into desperation and even homelessness.

We agree that Theresa May has bungled Brexit and taken the country close to disaster with her stubborn insistence on red lines, and her failure to create a cooperative solution.

However, Sarah Wollaston voted for every one of the policies that have punished the poorest in our constituency, and which led to the disaster of Theresa May’s Brexit. While everyone is entitled to change their minds – as she did during the EU referendum campaign – we feel that our MP owes it to her constituents to acknowledge the damage that has been done. The best way she can do this is to explain what policies she now stands for, and to put them to the people in a by-election. People would then have the opportunity to choose between her new ideas, or a Labour Party candidate who can offer a real alternative, and an unshakeable commitment to addressing the needs of the many not the few.

We also regret that Sarah Wollaston’s letter of resignation, rather than acknowledge the abuse she has received from within her own party, or the horrendous levels of abuse all women MPs are currently experiencing, chose to accuse the Labour Party of ‘failing to root out anti-semitism’. The Labour Party is taking strong measures to address anti-semitism to ensure that it will not be tolerated wherever it is found. Locally we have been active too in ensuring that our members are well-informed and can work together to challenge such prejudice and discrimination. The Tory party has failed to even begin to address these issues within its own ranks.

We campaign against racism and discrimination in all its forms, and take it very seriously within our party. The Conservatives, however, were happy to restore the whip to our neighbouring MP Anne Marie Morris after she made openly racist remarks.

We look forward to contesting the Totnes and South Devon seat with Sarah at the earliest opportunity and putting our alternative to the many in our constituency who have had enough of Conservative politics.

Totnes and South Devon Constituency Labour Party
Follow us on twitter: @Labour4Totnes or on the web: https://totnes.laboursites.org” 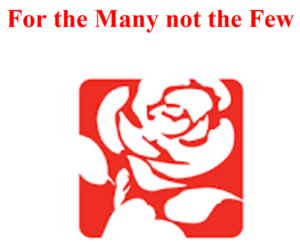