I have been loitering on the fringes of Totnes for a couple of years now, taking the train up from my native Plymouth to escape the urban sprawl, to research a book set along the Dart, glimpse a kingfisher or, on a rare day, the slick pelt of an otter breaking the water. The town’s success perhaps begins with its undulating bucolic locale, an historic market town with a proud history. And yet for me its true appeal lies more in the fierce sense of community, one that mines far deeper than its outward perception of quaint alternative lifestyles and bohemia.

Perhaps the best judge of a place (or person) is how it responds to tragedy, particularly when such heartbreak is regarded as taboo, something that should remain unspoken. Every town and city loses people to suicide (almost 6,000 in the U.K. in 2017, three-quarters of which were men). No social or economic group is immune. It is an epidemic by any measure, yet one shrouded in reticence, consigned to that very British praxis of: if we don’t speak of it, it won’t exist. Equally alarming is the recent increase in teenagers taking their own lives, rising 67% since 2010. We hear a lot of the ‘danger age’, particularly for men, as being forty-something, when the mid-life existential tumult is most keenly felt. But why are those with their whole lives ahead of them choosing to leave us?

And so we gathered in the town’s Civic Hall on a Saturday in mid-February, to listen to music, to raise awareness, to talk, to ask questions. It was autumn last year that 19-year-old Arro took his life after a large dose of Xanax, a prescription tranquiliser used to treat anxiety but increasingly taken recreationally. The drug is fast-acting yet has a relatively short half-life, which can lead to dependency and exacerbation of mental health problems. The gig was a celebration of Arro’s short life, but also a community of compassionate people desperate to learn what was missing in these youngsters’ lives. Why were their children driven to such extreme measures? And what kind of communal response would best serve the town’s teenagers? In short: what do we as skilled, resourced and concerned adults have to offer them?

Among those to play were musicians from Jamming Station – a project for Totnes’ youngsters to meet outside of school to make and write music, to jam and gig – plus songs from Kuki and the Bard, followed by singer-songwriter Jozef (Joe Brandon), who between songs spoke with great poignance and sagacity about his own struggles with Xanax and mental health. His music is ethereal and tender, imbued with lyrical reflections of losing his close friend, Dan, who also took his own life. Comparisons with the gifts of Nick Drake are inevitable, though we can be optimistic for a different outcome.

‘I talk to young people and the homeless,’ Jozef said, ‘and try to share this message that there is a way to live a fulfilling life’.

A corner of the room was given over to creative reflection, with guests encouraged to draw or express their thoughts and feelings, the underlying prompt to address what they felt was missing – in their lives, in the town, in the world. Arro’s step-father, Nick, spoke with such courage, not to offer answers or solutions, but to share his pain and shock, to remind us this can and does happen to anyone, any family. We listened, for surely this is the first step. Organiser Sarah Parker expressed her desire that the event would be built upon. ‘My hope is that this is the beginning of a new wave of support, community and sharing for the young people I live amongst, where they can share, where they can feel empowered.’ 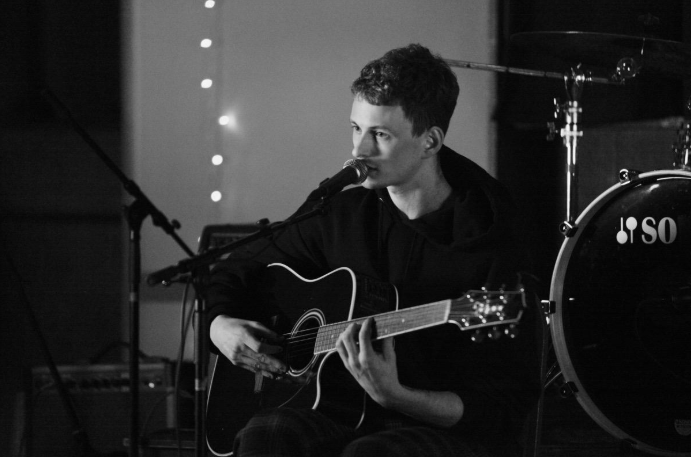 Also present was Chukumeka Maxwell from Action to Prevent Suicide. Closing the event he spoke of the need to reduce stigma surrounding suicide, as well as building active support networks. Chukumeka, who is keen to establish Totnes as a ‘suicide safer town’, runs training across the UK, which he wants to offer to young people, as well as taking it into local schools. Lara, 16, who plays guitar and sings in a girls’ rock band with Jamming Station, spoke about the evening. ‘Jozef’s playing was haunting but also incredibly inspiring. Hearing about his experiences and how they have shaped him to be able to talk and inform people about his past was amazing. To also perform at this event was an unforgettable experience. Overall it was an enlightening event and I feel much more aware of the world around me and how it is seen by different people.’ 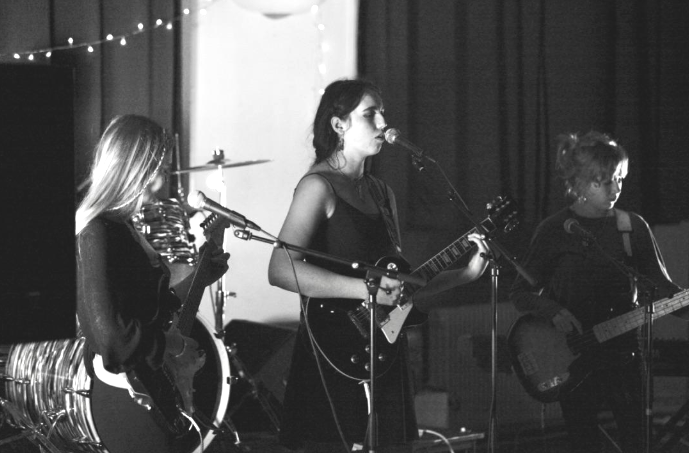 It was a profoundly emotional evening, intensely difficult for some, perhaps life-saving and inspirational for others. Everyone who took part had given their time for free. I felt both outsider yet welcome guest, a room replete with brave, sensitive, creative people determined to bring the problematic and tragic subject of suicide out of the gloaming, so we can have brave, honest and meaningful discussions about it.