It’s the oldest pub in town having originated circa 1684. Made from limestone rubble party walls with slate-hung return on west side. Recessed doorways with wrought iron
hinges. Mullioned windows massive chamfered ceiling beams and a wide masonry fireplace with scratched graffito “C II R”. Doesn’t this sound like the perfect description of a perfect grade II listed English pub? So why has it been shut down for so long?

Who are the new landlords?

Charlie and Tess Baker with partner Richard ‘Dicky’ Dale are taking on the task. Charlie and Tess currently run the Millbrook Inn near (wait for it..) Kingsbridge. Scoring 4 out of 5 and the 6th best place in the area out of 50 according to Tripadvisor, and recently winning Devon County Dining Pub 2019 in the Good Pub Guide it looks like they know a thing or two about running a successful drinkery.

They only officially announced the plans to re-open on Tuesday morning and just a few hours later, they had literally 100’s of responses. How does Charlie feel about the reaction? “We’re totally blown away by it to be honest!“. They have already scouted the town and had a few local discussions already, but it seems the appetite to re-invigorate the bar and function room has surprised them. “People have been suggesting loads of good ideas so we’re a bit a of a blank canvas at the moment.”

What do they invisage for the pub?

“We’ve partnered up with Richard Dale, a brilliant manager who is moving into the upstairs with his fiance and I will be working with him day to day” – Charlie believes Totnes is a very individual town and wants to sound out what people will appreciate. One thing he seems very keen on is his award winning pizza’s using a 200 year old Norwegian sourdough yeast while they sort out the full dining aspects. But Charlie is keen to point out that “…it’s a pub with food, not a restaurant with beer“. They also want to fully utilise the function room at the back for parties, meetings, social groups, music, kid’s play area and other activities; “I’m keen to explore as much as we possibly can to make the space available to the community. I want it to be as accessible as possible“.

The Kingsbridge used to be owned by Enterprise Inns, who have a reputation for being tough players but now the building is owned by a local businessman as an untied pub who believes the place should be a thriving local for the town. Charlie is hoping this will enable a brighter future for the bar than the last few attempts to re-open. With Geetie Singh-Watson taking over the Bull and a more vibrant Rotherfold it looks like the popular Bay Horse Inn will be joined by other thriving pubs in the near future.

You know the place is haunted don’t you?

Charlie laughs – “Yes! We do.In one of Dicky’s previous pubs he had a little girl in a red dress floating up through the stairs and a little old lady in the cellar who slid mop buckets around the floor so I think they will be ok!” – You can read a facinating haunted history by local writer and guide, Bob Mann here.

It’s no secret that previous owners have been restricted regarding live events due to complaints from the neighbouring houses very close by. How do the new landlords feel about this? “We’ve carefully read the license for the pub and it’s clear that noise is an issue here. We’ve addressed this problem with other pubs in the past and it’s a case of cummunicating well with everyone concerned. It always pays to be as inclusive as possible and work with everyone.” They intend to be in contact with each neighbour as soon as possible and discuss the situation with them directly.

The Millbrook Inn near Kingsbridge

Hopefully the issues faced by the more recent managers can be overcome. With the obvious experience of the new landlords and the record of success at their existing pub, it is looking very promising that the Kingsbridge will once again become a hugely popular location for locals and visitors alike.

2 comments for “The Kingsbridge revival…”

This fantastic project provides volunteering opportunities and vocational training for young people with learning disabilities. You must be aged between 14 – 18 year old.

The next information session is on 21st January from 5.30pm to 7.30pm at Studio 5 Space Dartington. Please come along with your parent or carer to where you can find out more and sign up. Places on EYP are limited.

Martin Scorsese returns to his classic form in The Irishman with his longtime collaborator Robert de Niro.  Frank “The Irishman” Sheeran is a man with a lot on his mind. The former union high official and hitman, learned to kill serving in Italy during the Second World War. He now looks back on his life and the hits that defined his mob career, maintaining connections with the Bufalino crime family. In particular, the part he claims to have played in the disappearance of his life-long friend, Jimmy Hoffa, the former president of the International Brotherhood of Teamsters, who mysteriously vanished in late July 1975 at the age of 62.

Lots of stunning people on the list including a few new faces. Please share, invite friends and come! "It's all about the

Lots of stunning people on the list including a few new faces. Please share, invite friends and come! “It’s all about the music and bringing people together for good times!”

The Black Bird Collective returns with their splendid Open Mic Nights in the intimate setting of The Library Bar at The Totnes Brewing Company downstairs from The Barrel House Ballroom. 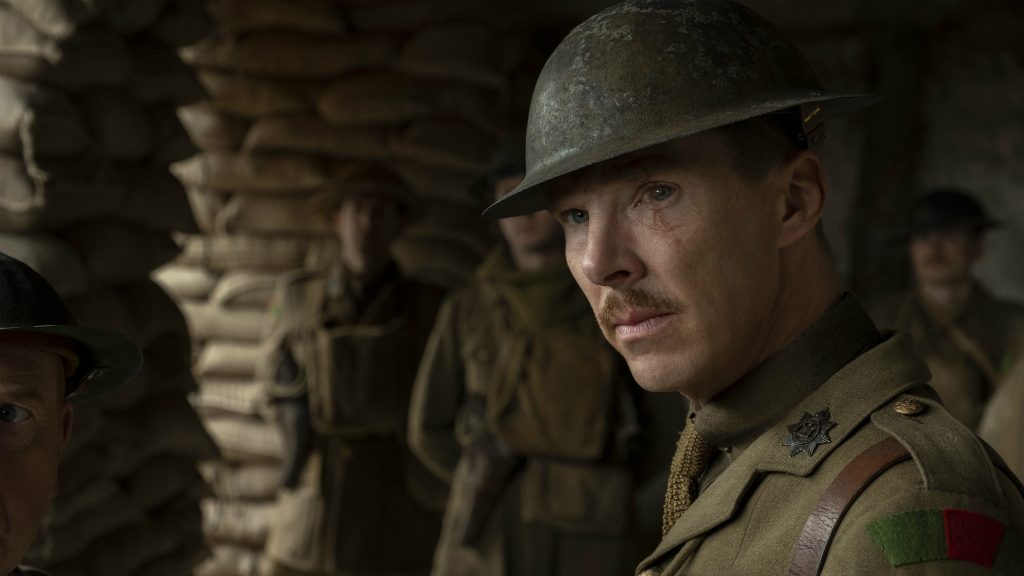 Directed by Sam Mendes and shot in one hallucinatory single take by masterful cinematographer Roger Deakins, 1917 feels like a major cinematic event; both a haunting, hard-hitting war drama and an audacious technical feat.

At the height of World War I, two young British soldiers, Schofield (George MacKay) and Blake (Dean-Charles Chapman) are given a terrible, seemingly impossible mission: to warn a British battalion of 1,600 men – including Blake’s own brother – of an upcoming ambush. Racing against time across enemy territory, the pair must give their all to prevent their comrades from walking into a deadly trap.
With Colin Firth, Benedict Cumberbatch, Andrew Scott and Richard Madden.

Select a time below to begin your online booking. You can also contact our Box Office daily, 1–7pm.
Phone: 01803 847070 | boxoffice@dartington.org

Sherlock Holmes (Basil Rathbone) is intrigued by a centuries-old legend in which every generation of the wealthy Baskerville family is eventually killed by a monstrous hound. Suspecting there is more to the story than meets the eye, he sends Dr. Watson (Nigel Bruce) to the estate to investigate. Sir Henry (Richard Greene), the only Baskerville left, is grateful for his help. But when a crazed convict escapes and footprints from a beast are found, Baskerville wonders if Watson will be enough.

Doors open at 10am for all manner of drinks.  Film starts at 11am.