Macabre goings on at the top of town...

At the time of year when the veil between the worlds grows thin, Val Jones, Nancy Pickard and Verity Newman present an exhibition taking an irreverent romp around the certainty of death.

Work from these three established West Country artists, Val and Verity from Totnes and Nancy has been invited up from Penzance that ranges from the profound to the darkly comic.

Prints, paintings, mixed media work, jewellery and ceramics make up the timely exhibition with a large installation by Verity Newman “The disasters of war train set”, a grim representation of the way we treat each other and the planet which is much influenced by the work of Goya with a specially made flashing neon sign reading ‘Apocalypso’. 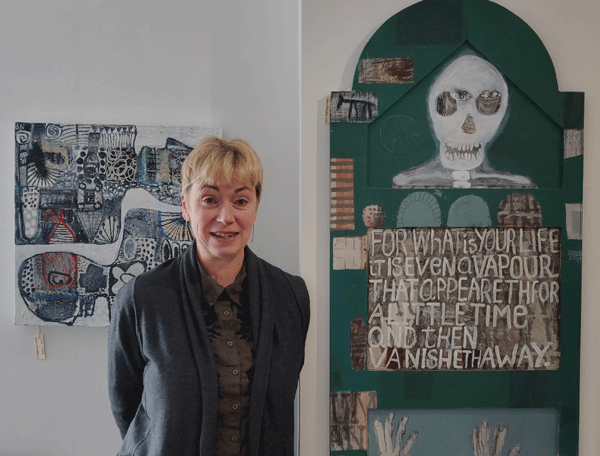 Nancy Pickard who has a studio in Penzance explains; “We’re trying to have a laugh, it’s not unremittingly grim! It’s dark I suppose you’d say but it’s full of life and a kind of carnival“. The work of very obviously timed to coincide with Halloween and mirrors the styles of The Day Of The Dead celebrations in Mexico when living people re-enact people who have died and party together.

Its colourful , entertaining work from all three artists who have been planning the gallery space over the last year. All three artists are mothers and the work represents the fears they have for the future of our world and for the next generations. 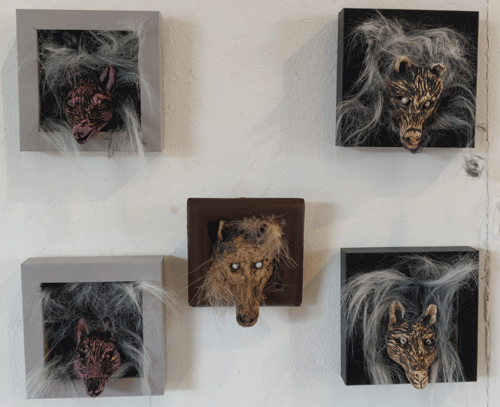 The exhibition runs at Birdwood House until Saturday 3rd November  and opens from 10am – 4.45pm daily with free entry.