The decision made at an online meeting of the Full Council on 23 April 2020 to disallow questions and motions at Council meetings and to suspend meetings of Overview and Scrutiny on the pretext that the Executive is not meeting, effectively snuffed out democracy. 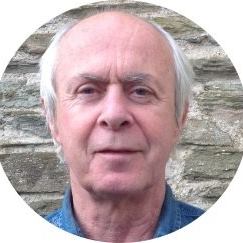 I voted against these proposals as I believe they are entirely unacceptable and they may also be unconstitutional. They are certainly unreasonable and draconian, but of paramount importance is the fact that they are completely unnecessary. The proposals are apparently premised on a need for officers of the Council to concentrate on helping communities during the covid-19 crisis. This is just nonsense. It is members that are in touch with their communities and know what is needed not officers and in fact communities have come together and are doing amazing things. Many officers of the Council are doing amazing things too, but that is no excuse to dispense with accountability, transparency and democracy.The Council exists to serve its communities as determined and directed by members who were elected by and represent those communities.

…there is an obligation for democratic business to continue.

It was in recognition of this basic fact that recent legislation was introduced. Its primary purpose was to facilitate the democratic process not to hinder it and claims to the contrary are misleading and false. It is unfortunate that Tory councillors did not come to the debate with an open mind, as they should have given the extreme nature of what was being proposed. It is often tedious to witness the regular en-block voting that takes place on issues that are clearly not grounded in political ideology. It renders debate pointless and is entirely at odds with the basic principles of democracy. I do not accept that the 16 Tory Councillors present were of one mind on a matter of this importance. If so, then we are governed by clones.

Whipping rarely has a place in Local Government and it most certainly should not be applied when such a fundamental decision is being made. At the Council meeting I presented an opinion from the Centre for Public Scrutiny as follows: “The Government has put in place Regulations to allow for remote meetings for precisely the reason that council business can continue. The Local Government Act is quite expansive when it comes to scrutiny’s powers and role, and Government has not suspended, or given councils discretion over, the duty to convene these meetings during this period. Doing so for a few weeks in the early stages of the operational response and while arrangements are made to technically provide for remote meetings make sense, but in the medium term there is an obligation for democratic business to continue. Decision-makers are accountable to all councillors, and to the wider public, for the decisions they make. The best way for this accountability to be evidenced is through formal public meetings.” The only reaction this elicited from Tory Councillors was “he has spoken for over 5 minutes”. Evidence, if more was needed, that the debate was pointless and minds were closed. So it seems this Council feel 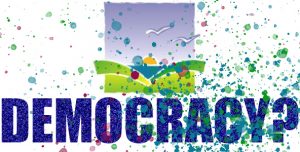 s it knows better than the Centre for Public Scrutiny. In an attempt to bring the Council back on course Cllr Birch put forward a perfectly reasonable amendment to defer a decision on the more questionable proposals until the Political Structures Working Group could consider them and come back with its recommendations. This was defeated by 16 to 13. So if just 2 Tory members had shown any gumption or respect for the democracy they serve, the vote would have gone the other way and proper and thoughtful scrutiny of these proposals would have resulted.

Then, before the vote for the proposal, substantive motion, call it what you will, the Leader threw a small lure into the debate which some opposition colleagues took. I respect their reasons for doing so as it was done in the spirit of compromise, but unfortunately what was offered did next to nothing to restore any semblance of democracy.

Since the vote the Leader has been in the media claiming to have a huge majority and some Tories have made ridiculous comments. Triumphalism is unseemly at the best of times but when you are crowing about suspending democracy it is just crass. What has happened is nothing less than a disgraceful abuse of what is a very slim majority.

During the debate the Leader repeatedly asserted that this was not a “power grab”. I would suggest she doth protest too much; that is exactly what it is. There is no other rational explanation given there exists no need for it. Either way, it is a colossal error of judgement.The emergency powers that are being used are taken from the Part 3a para 7 of the Constitution where it states that: “In an emergency the Head of Paid Service (aka CEO) is empowered to carry out any function of the Council”. Unfortunately, there is no definition of what is an emergency. No national emergency has been declared under the Civil Contingencies Act, neither has this Council declared an ‘emergency’. It has been decided it is an emergency by the Acting CEO and the Leader.

For the first few weeks nobody felt unhappy about this in the expectation that once the legislation was in place the Council would resume its democratic business remotely. Instead we were presented on 23 April with proposals for the shutdown of democracy until May 2021 with no provisions for regular review. So we are now run by what we can only hope is a Benevolent Dictator. It is beyond absurd. It was claimed by the Leader at the debate on 23 April that the Council was leading the way on remote Council meetings. This is yet another misleading statement. Many principal councils acrossthe country are now having remote meetings. There is an incomplete list on the LGA site. These councils are enabling the democratic processes of local government to proceed with only limited restrictions. One has only to view their meeting agendas. Some have also declared emergencies so that some powers are delegated to their CEO, but subject to regular review.Town and Parish Councils across the district and the country are now conducting their meetings remotely and are taking full advantage of the recent legislation to continue their role as local democratic administrators and as an important tier of democratic local government. There is absolutely no reason why South Hams District Council cannot do the same and it is shameful that it is not. Decisions involving public money are already being taken without proper scrutiny, some of which are highly questionable.

This decision raises many legal and constitutional questions and will be subject to challenge which may or may not be successful. Either way it is an expression of the disquiet felt by many that democracy can be so easily switched off.

2 comments for “A view on SHDC abandoning democracy.”

DATE FOR YOUR DIARY
The date has been set for the return of Totnes’s Lantern Procession so cancel any holidays you had planned as this is going to be amazing
The theme is endangered species
There is still time for you get be involved in the planning, keep an eye on the page for planning meetings and pop along more details will follow
We will be looking for volunteer stewards so get in touch if you would like to help on the night

TBA by invite only